When I show visitors around Full Belly Farm, they sometimes ask me about the sign that we have at the top of the road, with the logo, “Grown in the Beautiful Capay Valley.”  In answer to their question, I always tell them the following cautionary tale: “There was once a very beautiful place known as the Valley of Heart’s Delight. This Valley included the largest fruit production and packing region in the world, with 39 canneries and beautiful stone fruit trees flowering every spring. As California became more and more urbanized, the name of that Valley was changed. Do you know what the new name is…? Silicon Valley.

We hope that our local efforts, represented by the sign at the top of the road, to promote the Capay Valley, will protect agriculture here, so that we don’t suffer the same fate as the Valley of Heart’s Delight.”

Today, in the Santa Clara Valley, despite my cautionary tale, a beautiful working landscape still exists, alongside a thriving effort by the Community Alliance with Family Farmers (CAFF) to support and promote sustainable agriculture. There is an unusual opportunity coming up soon, to visit the Guglielmo Winery in the heart of the Santa Clara Valley, in Morgan Hill at the same time as you support the local efforts of CAFF. You’re invited to the Taste of Santa Clara Valley farm to fork dinner on Sunday September 14th from 5 to 9pm. Tickets are $125 and proceeds will support CAFF’s programs. 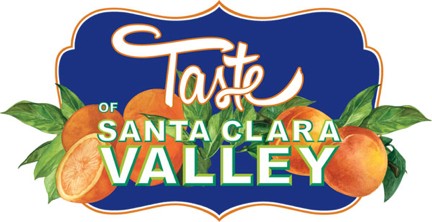 The post News from the Farm | August 25, 2014 appeared first on Full Belly Farm.

We received this sweet story from one of our CSA members about the community that has been created at their CSA site – University Terrace. If you have any stories of community building at your CSA site, please send them to us. We would love to read them (and share them, too!). Have a delightful week – and enjoy your box!

Seven years ago Alix Schwartz decided that the people living at University Terrace, a condominium complex housing UC faculty and staff here in Berkeley, should start to receive Full Belly boxes. We arranged the pick-up hours to be from 4 to 7 every Friday. There were also neighbors beyond UTerrace who wanted to join in, and Pancho started delivering boxes in the large re-purposed garage on our property on August 3, 2007.

So the story started – with a launch party at which Alix made organic mojitos and others brought cheese, bread, dips, and so on. We set up tables on a grassy space by the garage and the complex’s tot lot. The little ones played there while their parents enjoyed drinks and companionship. We all had such a great time that we decided to make the event an ongoing one.

We’re still doing it seven years later. People sign up on a roster to be “veggie-minders” and to set up the soirée. Everyone contributes the occasional bottle of wine, soft drinks, cheese, bread, chips, etc., and a tradition grew and grew. When the weather turns colder and wetter, Pancho makes the deliveries to the University Terrace commons room in our former high school building. All those still around at 7 take care of the clean-up.

We have some retired people here, including me. I help out with making sure that the pick-up point is always open and things set out by 4, with others taking over when they get home from work.

Last week we sent out a notice to everyone at University Terrace and all those subscribers in the surrounding area to announce a grand 7th anniversary party, with Alix repeating the mojitos (both alcoholic and virgin!) of that first launch. Some 50 people showed up during the course of the party!

What a crowd! And how many reminiscences! At least three babies have taken their first independent steps at the soirée. Nathaniel, who was six months old at the first party, is now a tall seven-year-old. Oriane, who was a bump on her mother’s belly what seems like yesterday, wore a pretty pink dress and took part in the games in the tot lot.

There was sadness, too. Linda and Joanne are no longer with us. Several old friends have moved away from Berkeley. But the griefs have been countered by the joy of making new friends over the years. Many neighborhood Full Belly subscribers have become honorary University Terrace residents, bringing their children to our annual Easter egg hunt and trick-or-treating around our complex. Resident musicians have played for St. Patrick’s Day and other occasions, with children and adults dancing and dancing!

Thank you, Full Belly Farm, for offering a great opportunity for building our neighborhood! We hope to update you seven years from now!

The post News from the Farm | August 18, 2014 appeared first on Full Belly Farm.

I took a farming class last year – all year. We grew and tended our own crops, visited farms and orchards…wonderful. I have two acres of old walnut trees and hoped to learn how to either tend them or replace them.  Around my house I have planted 30+ fruit trees where there was an unkempt lawn previously. These fruit trees are … ahem…not growing as fast as I would like, let’s just put it that way. Apricots, pluots, cherries, plums, apples, stone pines, pomegranates. I would like to see them thrive, not just survive.

The other day I heard about the beneficial relationship between fungus and tree roots. I knew this already from my science teaching but perked up my ears when I heard the speaker on PRI’s “The World” broadcast. About a scientist Sanders, the announcer said:

In particular, Sanders is obsessed with a type of fungi that live on the roots of about 80 percent of the plants on the planet. Their tiny filaments help plants grow by drawing water and nutrients to the plant. In return, the plants feed sugars to the fungi.

It’s a symbiotic relationship that Sanders says is incredibly important.

“Almost all our food plants naturally form this association with these fungi,” he says

So I have ordered fungi through the mail and will apply it to my trees. Keep posted.

I AM SO LUCKY. I can go right outside and watch meteor showers from my yard. Rumsey has some of the clearest sky in the nation, yet is within an hour of UC Davis and Sacramento. Tonight I will watch the annual Perseid show from my grassy lawn.

A couple of years ago I had a perseid-viewing party here. Neighbors spread blankets and drank cocktails.  Another year I jogged 2.5 miles to Windy Bridge across Cache Creek and lay on the parapet watching meteors shoot above the profile of the hills. Before I purchased Rumsey House B&B, I stayed one August at Wilbur Hot Springs just up the road. I sat in the open-air pools and watched hundreds of meteors.

But my best memory of Perseids was backpacking with my young husband into the high Tuolomne Meadow area of Yosemite National Park, over 30 years ago. David was the one who introduced me to them. We spread sleeping bags on the sandy soil and watched them before turning in.

Important note, especially if cooking with kids: NEVER place the end of a spoon or other objects into the blender while it’s blendingp>